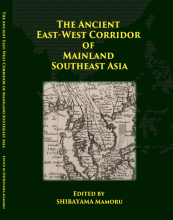 What is the “East-West Corridor”?

The East-West Cultural Corridor: the tantalizing but ambiguous land-based communication network of historical and cultural exchanges extending over 2,000 kilometers in mainland Southeast Asia.

It explores the mystery of historical dynamics in a regional land-based communication network–the “corridor” between ancient cities from the start of the first millennium or thereabouts to the 18th century with transitions to and from each era. Its evidences are being derived from the GIS-based map for the archaeological sites including the landscape consideration, the commodity trade, and the similarity and relationship based on relics such as the silver coins, the ceramics, the roof-tiles, and the glass beads.

Introduction to the East-West Corridor

Part II
2-1 The GIS-based Map of the East-West Corridor
2-2 The Significance of Dawei in the East-West Cultural Corridor
2-3 The Formation and Development of Fortified Cities in the Thaton Region of Southern Myanmar: The Structure and Geographical Setting of Archeological Sites
2-4 Archaeological Study on the Kiln Sites in the Southeast Part of Myanmar and Their Ceramics: Excavation of the Kaw Tar Kiln Site
2-5 The Cultural Exchange in the North-South Corridor: From the Perspective of a Study on Roof Tile
2-6 Chemical Analysis of Ancient Glass Beads in and around Mainland Southeast Asia
2-7 Japanese International Cooperation on Cultural Heritage in ASEAN: Myanmar and the EWCC Project